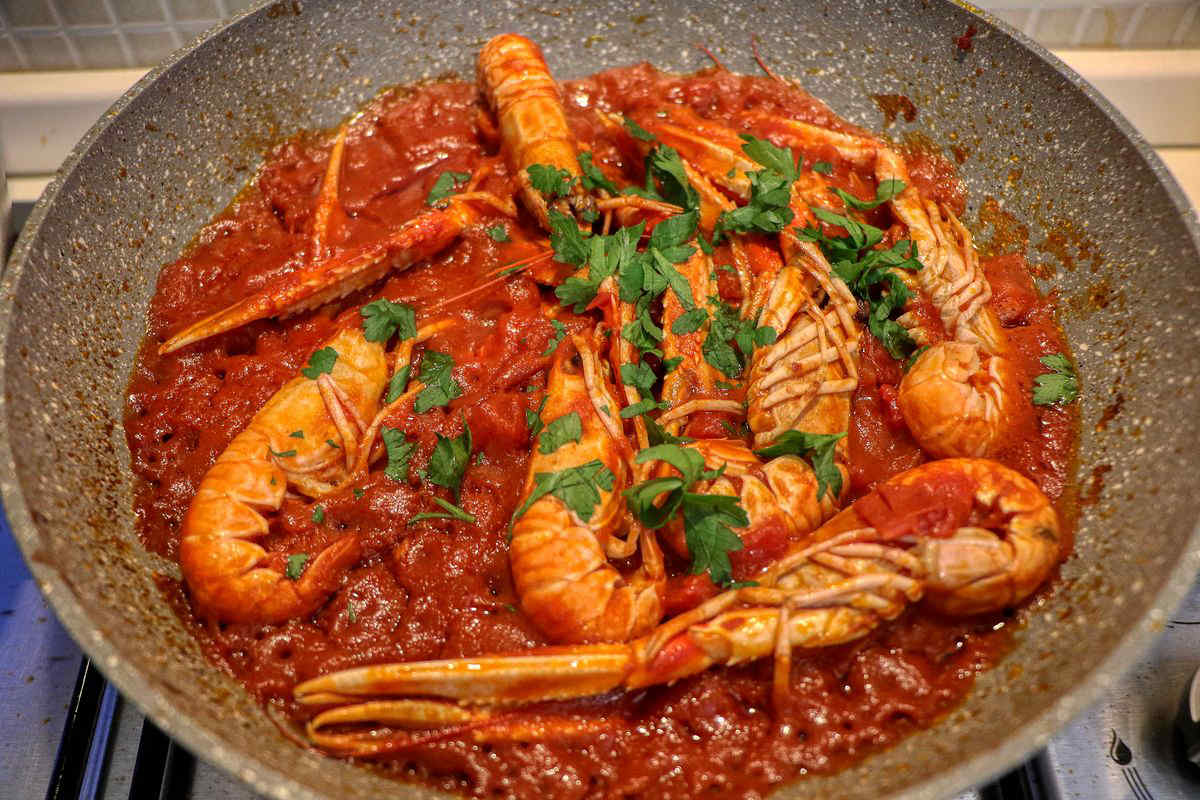 For a second course based on fish, quick to prepare, choose the original recipe of shrimp alla busara, whose origins are much disputed.

There are those who say that it is an original preparation from the Veneto and those from Friuli Venezia Giulia. Almost everyone, however, agrees that shrimp alla busara are a typical product of the city of Trieste . In fact, it is one of the delicious second courses belonging to the Italian gastronomic repertoire and, therefore, loved from north to south. Its recipe is simple, because it consists of a simple fish stew enriched with flavors.

There are also various theories regarding its name. Some trace the term busara back to the iron pot, which is used to prepare this type of dish. Others, however, claim that it derives from “ busiara ”, which in dialect means “lie” or “cheat”. In fact, in this preparation the prawns are cheated and hidden among the tomato, to create a delicious dish.

Preparation of the recipe for shrimp alla busara

Whether or not it is a Venetian recipe, scampi alla busara are a quick and simple second course of fish to make at home. If you have a certain amount left over, you can keep them in the fridge , covered with cling film, for a maximum of 1 day .

Have you ever tried risotto with Champagne and scampi ?