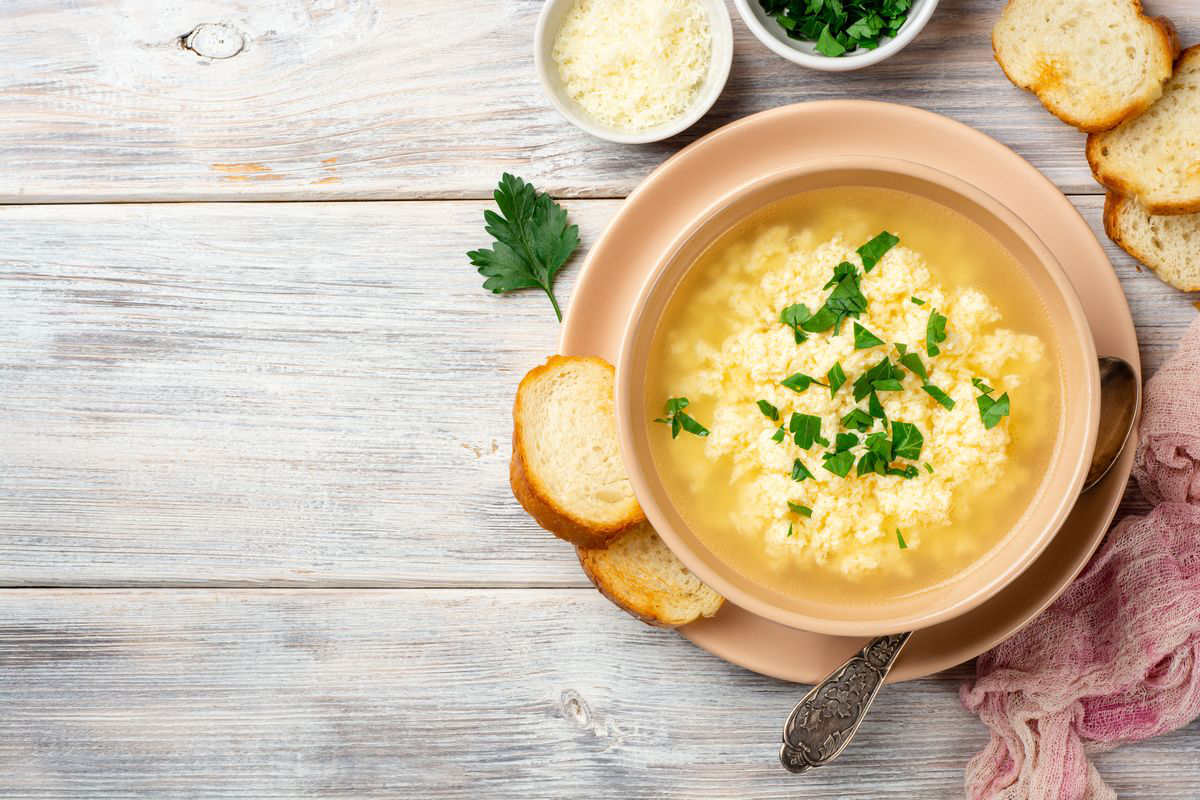 Let’s discover together a typical dish of Roman cuisine, or rather Lazio, the stracciatella soup in broth: an unusual first course!

If you are looking for a satisfying and tasty first course, this recipe is for you. We are talking about stracciatella in broth, a typical dish of Lazio cuisine also widespread in nearby Umbria and the Marche. Originally consumed on the occasion of Christmas or Easter, today it is prepared for any occasion.

It is a dish of an almost disarming simplicity born, as always happens with traditional recipes, from the need to reuse leftovers. In this case, the leftover broth becomes the cooking liquid of the eggs to create a soup rich in flavor and substance.

How to cook the recipe for stracciatella in broth

To complete the dish you can also add slices of grilled bread to make them crunchy. For an extra boost of flavor, once hot rub them with a clove of garlic. This dish is perfect on your Easter menu .

Conservation and variations of stracciatella in broth

Stracciatella alla romana should be eaten as soon as it is made . Therefore, storage in the refrigerator and freezing is not recommended.

The broth can be chicken, for a lighter dish, or beef, for a more substantial recipe. Given the spread of vegetarian cuisine, it is possible to prepare stracciatella alla romana with vegetable broth .

Try another dish of the culinary tradition of our boot: pasta and potatoes !

Where is the stracciatella soup born? Origins of the dish

As often happens, stracciatella is a poor dish, which was used to never throw anything away after holiday periods. Even the humblest families , in fact, were likely to be able to boil a piece of meat during Christmas or Easter. The next day, in order not to throw away the broth and use the remaining eggs, the ingredients were used to prepare this stracciatella in Roman-style broth.

Naturally, the dish did not stop at the Roman borders, but on the contrary, many neighboring regions have made it their own and can in fact be tasted almost all over Italy.