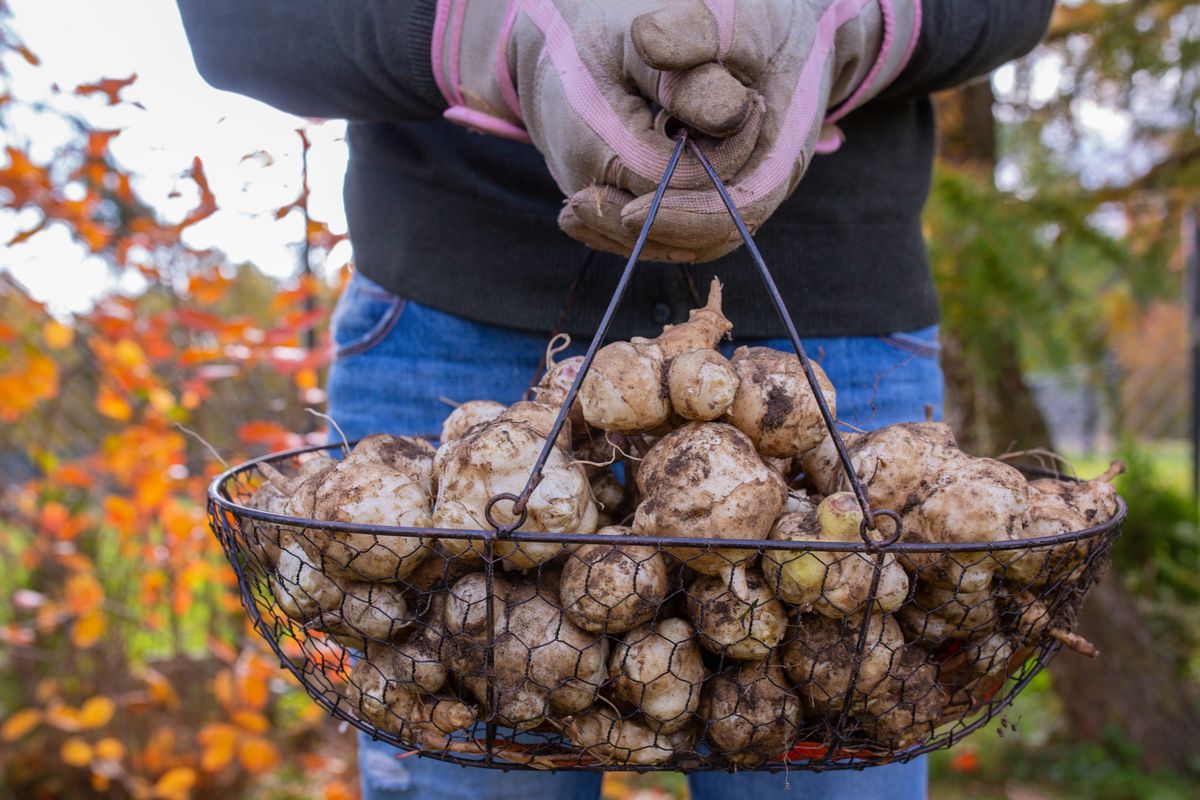 Tuber with edible roots, the Jerusalem artichoke boasts important properties that are worth knowing. It is a food similar in appearance to the potato , which is widely used in the kitchen, both cooked and raw. Let's find out the benefits it brings to the entire body and the contraindications to keep in mind before including it in the diet.

Jerusalem artichoke, also known as German turnip , is a tuber with edible roots that boasts important properties. Belonging to the Asteraceae family , it is native to the Americas but also grows spontaneously in Italy, especially on the banks of streams, rivers or in less arid soils. Rich in mineral salts, including iron, phosphorus and potassium, vitamins A, C and E, carotenoids, flavonoids, fibers and inulin, it also boasts slimming properties because it contains very few calories. Not only that, even if in small quantities, it is also recommended for coeliacs because it is gluten -free.

With a taste similar to that of the artichoke, which is why it is also called the Jerusalem artichoke, the root of the Jerusalem artichoke is eaten. The latter is similar to that of the potato, but appears covered in bumps and rougher. Including it in the diet can help bring various benefits to the entire body. In addition to its slimming virtues, in fact, this tuber helps fight free radicals and, like many other laxative foods , constipation. Protecting against inflammation and viral forms and facilitates intestinal functioning.

Considering the nutritional values ​​of Jerusalem artichoke – every 100 grams are about 73 kcal – it is worth seeing how to use it in the kitchen. If raw, it can be used to prepare tasty salads. Cooked, on the other hand, it is suitable for soups, velvety and side dishes. As far as contraindications are concerned, the root of the tuber should never be consumed in large quantities because, containing inulin, it can cause intestinal problems, such as diarrhea and stomach ache. It should be emphasized that contact with the plant can give rise to bad allergic dermatitis.