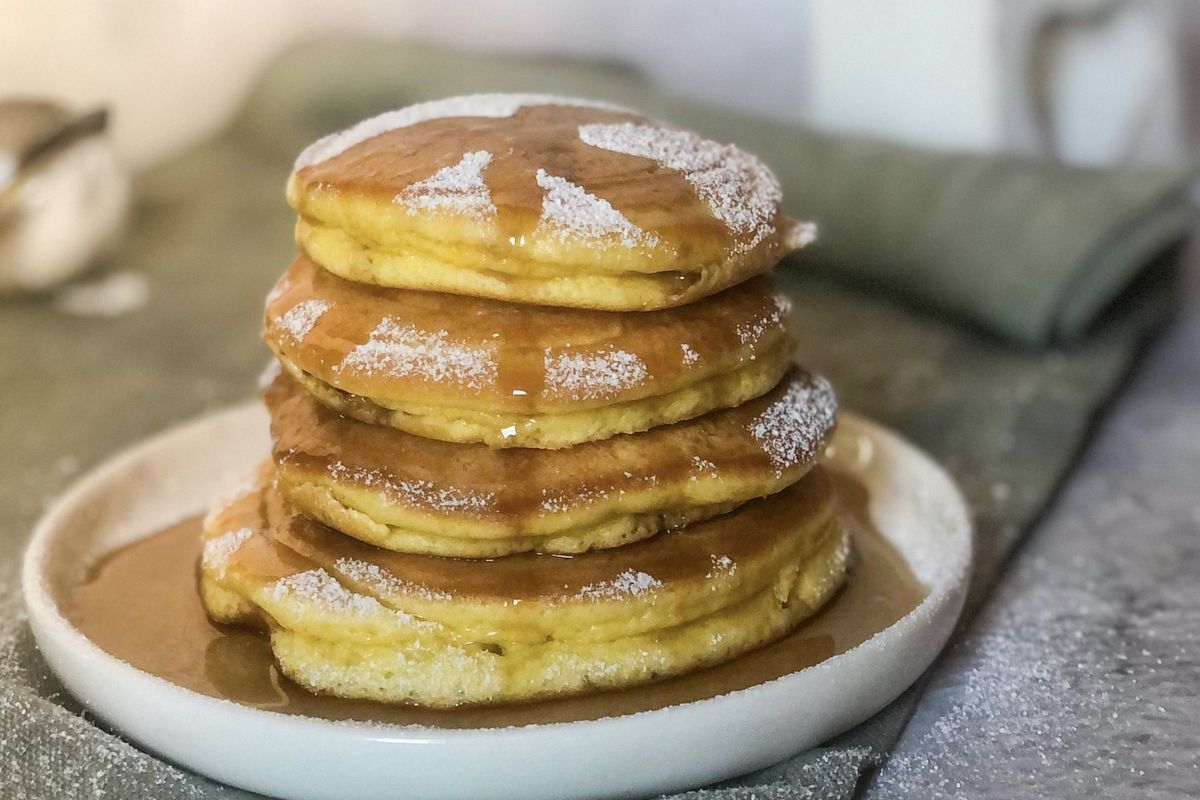 The trick to getting fluffy and fluffy Japanese pancakes? Beat the egg whites until stiff but not only. Here’s how to prepare them with the original recipe.

There aren’t too many ways to define Japanese pancakes other than fluffy . This Italianized term to make the English concept of fluffy , that is soft but at the same time frothy , describes this dessert to perfection.

Once they arrived in Italy from Japan via the United States, social media, in particular Instagram , consecrated them. In fact, it is here that we saw the first attempts at imitation that led to various versions, all united by the presence of whipped egg whites which is the substantial difference between classic and Japanese pancakes.

How to make tall Japanese pancakes

If you liked the Japanese pancake recipe, check out the video of the preparation .

Fluffy pancakes are perfect for the little ones’ breakfast or snack. But be careful not to confuse them with dorayaki , pancakes filled with red bean jam! If you are more traditional , instead, here are the Nutella pancakes .

We advise you to consume them immediately after preparation and not to wait too long: over time they will tend to “deflate”.