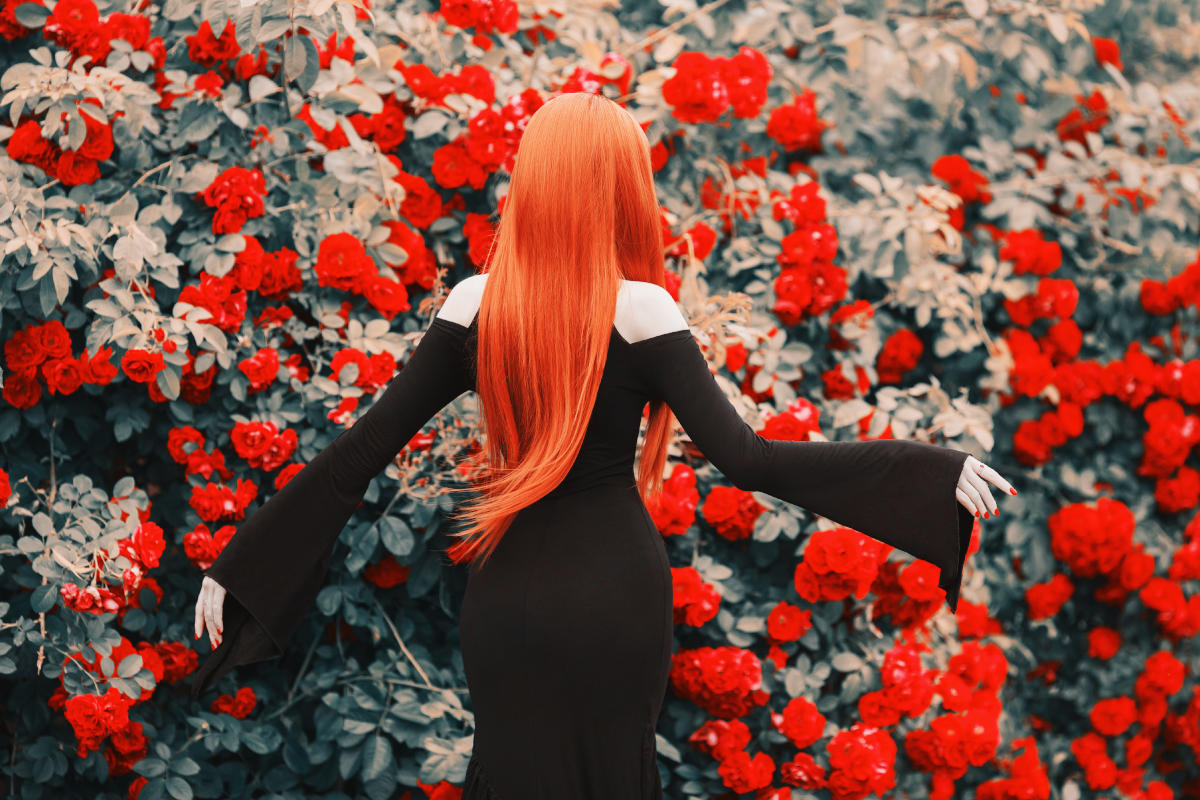 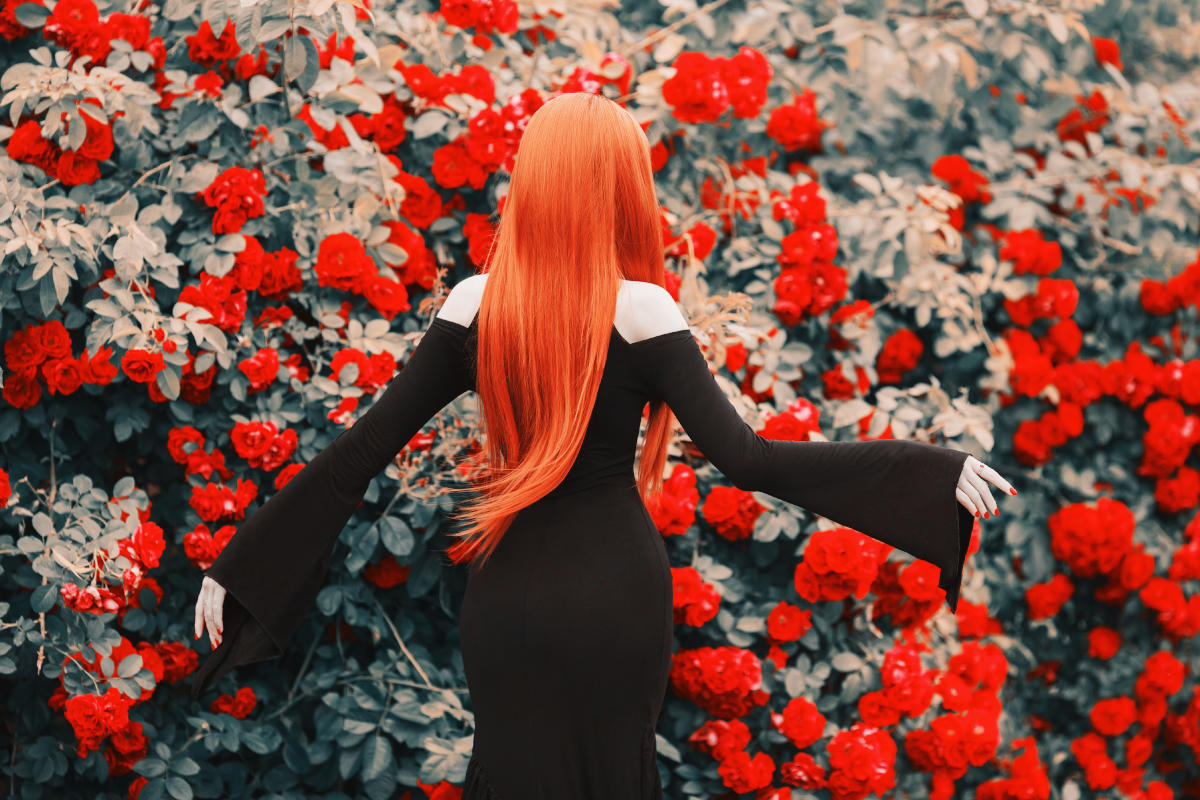 October 31st is upon us: here are many original ideas for Halloween costumes, the scariest night of the year. To be copied if we want a mask … scary!

Halloween is about to arrive: as every year in many parts of the world we are preparing to celebrate All Saints' Eve with horror-themed parties and events that were initially designed for children but over time have also infected adults. Halloween is also a craze in Italy, and many people love to dress up on the scariest night of the year and take part in evenings where there is a strictly terrifying themed dress code.

If you also love the so-called witches night and have no idea how to dress, here are some ideas for Halloween costumes that will surely make you look great: from movie characters, to disguises to be made in 5 minutes (without even having to buy a costume !).

Original Halloween costumes (from the movies)

1. The Carrie costume ( The Look of Satan ) is taken from the very successful film of the same name. Perfect for a very pretty girl with delicate features, it is easy to make even at home: just wear a light pink dress with thin straps (alternatively a nightgown is fine) shoes with medium heels, a queen band school and fake blood in profusion on hair, body and clothes. You will be really scary!

2. A misunderstood hero, good, romantic and in love, here is Edward Scissorhands half boy half automaton: one of the most popular Halloween costumes, because it allows you to indulge yourself with make-up and wigs. To wear at least once in your life and to try also for those looking for Halloween costumes for couples!

3. It was literally the nightmare par excellence of at least two generations: Freddie Krueger , protagonist of the long Nightmare saga, who, despite his not very reassuring appearance, pleases the little ones. If face makeup is not for everyone, you can copy the clothing : with a wide-brimmed hat and a striped sweater, everyone will immediately understand who you are!

4. The costume of Jason Voorhees , the camping killer who acts with a hockey mask on his face and armed with a machete, is always taken from a long horror film saga ( Friday the 13th ) – not exactly pleasant to see.

5. Anyone who loved the most famous cannibal in cinema can dress up as Hannibal Lecter . And no one will want to sit at the same table as you!

6. A revolutionary who acts wearing the Guy Fawkes mask: it's Hugo Weaving , in V for Vendetta , a film much appreciated by the public. His is undoubtedly one of the best-selling Halloween masks! Complete the look with a cape and hat and you will look perfect.

7. One of the saddest and cruellest stories ever written for a somewhat action, a little fantasy, a little horror film: The Crow , also known for the tragic death on the set of the protagonist Brandon Lee ( son of Bruce).

8. His smile is one of the most disturbing in the comics: whether you choose to be the traditional Joker , the sad and unkempt one played by Heath Ledger or that of Joaquin Phoenix, with his costume on you will surely make a great impression.

9. A beautiful evil witch like Maleficent , more popular than ever after the release of the second film with Angelina Jolie. A costume that very few can afford – given the wearer of the 'original' one – but that many can try to replicate following the actress's video-transformation .

10. For those who go to a Halloween party for two, here is the most macabre couple in cinema: Gomez and Morticia Addams , a classic that never sets! Also to copy the look of Wednesday and Uncle Fester. Do you remember the Addams Family theme song?

Did you like them? If this roundup of movie-inspired Halloween costume ideas isn't for you, let's see a few more (simpler) ideas and without breaking the bank.

Remember that it is absolutely not necessary to spend a lot of money to create truly amazing Halloween costumes: a little imagination and some interesting accessories will be enough. Buying a different costume every year is a decidedly expensive choice: using clothes that we certainly all have in the closet, we can create DIY costumes .

-The first costume you can try to make if you have a long black dress in the closet is the goth / vampire one; Just complete the look with pale skin and red (or black) lipstick. For an extra touch, however, buy a wig: it will add thickness to the character.

-Always wearing a simple black dress, both long and short, you can also dress up as a witch . You can also buy a pointed hat, which on Halloween you will find for sale for a few euros in many shops; wear a dark lipstick and paint your nails with black nail polish… et voilà !

You can also put together a ghost / cursed presence costume – it's pretty simple.

All you need is a white dress, which will be made to stand out even more with the pale complexion of the face. Apply some water-based theatrical makeup or a white foundation, paint your eyes with a heavy gray or black smokey , and use purple or purple to emphasize the lower eyelid and give the face a haggard expression. To make the cheeks appear more sunken, contour with a gray eyeshadow in the hollow of the cheeks; the lips can be simply covered with white or made up with purple or deep red. Finally, you can cover your hands with lace gloves while the hair can be bleached in tufts or in their entirety, using dry shampoo!

Those who do not like to dress up or will not participate in a costume party , does not necessarily have to give up on Halloween disguises! You could opt for an outfit in the typical colors of the party, namely black and orange. Wear a black skirt, with black opaque or fishnet stockings, black boots and an orange sweater or sweatshirt (or maybe one inspired by Harley Quinn!).

Online and in stores, when Halloween approaches, you can also easily find themed t-shirts, sweaters and accessories , for example with pumpkins or skeletons, perfect for celebrating without dressing up.

Just an accessory, an extreme make-up or a detail to transform a look into a Halloween costume… style proof!

Not convinced yet? All the costumes, even the simplest ones, will be much more credible if you take care to enrich them with some interesting details . Those who love the most creepy aspect of Halloween clothes can use fake blood to simulate the wounds that led to the death of the body in which the ghost resided.

But what if vampire, mummy, witch, and she-devil are too obvious? Using the imagination you can get much more: from classic to fantasy here are many other ideas to copy and inspire you to make a great impression!