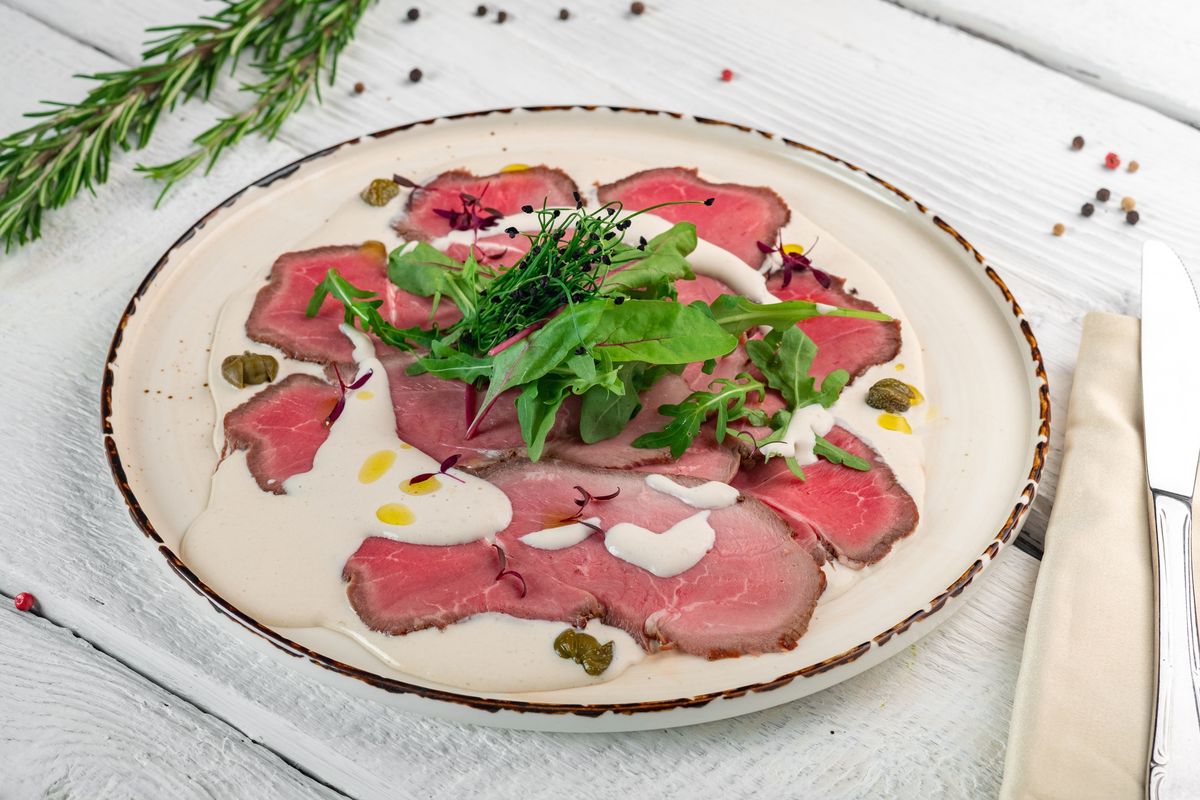 Cipriani carpaccio is a second course based on raw meat served with worchester sauce mayonnaise.

To identify the origins of carpaccio we must take a trip to Venice . We are in 1950 and the then owner of Harry’s Bar Giuseppe Cipriani, invented a recipe destined to remain in history: the Cipriani carpaccio. Basically it is a very thinly sliced ​​raw meat dish served with a mayonnaise-based sauce and worchester sauce .

This typical product owes its name to a famous Venetian painter, a certain Vittore Carpaccio, who in those days was holding an exhibition in the city. Not everyone knows, however, that carpaccio with Cipriani sauce is a recipe for the Countess of Venice Amalia Nani Mocenigo : the doctors had in fact ordered her not to eat cooked meat and so the friend and owner of the restaurant studied a dish suited to her needs. Are you curious to find out how it is prepared?

How to prepare the Cipriani carpaccio recipe;

We advise you to have the carpaccio sliced ​​directly by the butcher so that it is of the right thickness. In fact, to prepare the carpaccio with the original recipe, the slices must not be thicker than a couple of millimeters.

Since its birth, the term carpaccio has begun to indicate all those preparations of meat, fish, fruit and vegetables cut very thin and served with the most disparate condiments. Do you want an example? Try the salmon carpaccio .

Cipriani-style carpaccio should be eaten as soon as it is done . You can store the meat and the sauce separately for a couple of days in the refrigerator, both well covered.