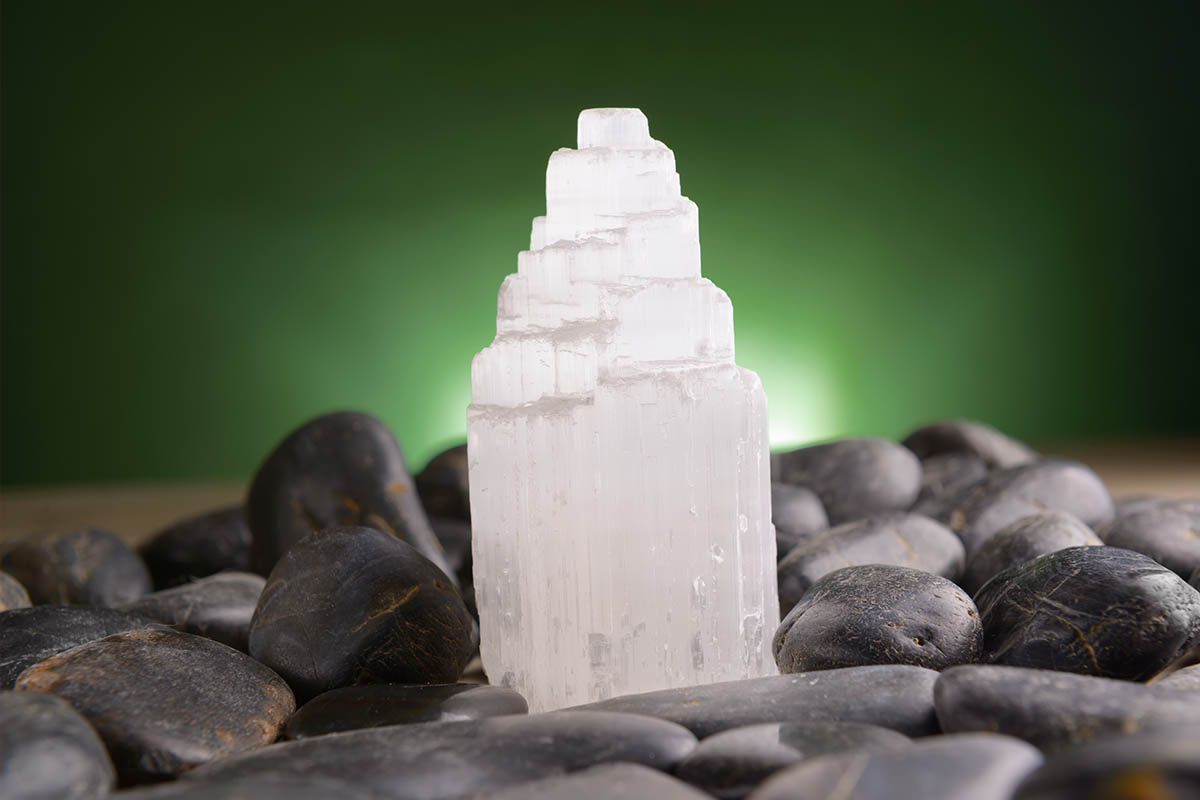 Selenite has really important properties that are worth knowing in order to be able to use it at its best. Let’s find out which are the most important.

When it comes to crystals , selenite has such valuable properties that it cannot be ignored.
It is in fact a stone that, among other things, has the power to purify and reassure those who decide to keep it with them. Features that over time have also made it known as a stone capable of warding off negative energies and giving peace to the wearer.

Selenite, the stone: appearance and uses

Selenite is one of the so-called female stones. Its pearly and delicate appearance is an indication of its fragility.

White and opalescent can be found both in the raw (even more delicate) and worked state.
Due to its appearance it is often confused with the moonstone, another stone rich in properties but which performs various functions. Linked to the seventh chakra, this stone is often used in meditation or as a wand to get in touch with one’s higher self. It is also considered a great way to connect with the universe as well.

Selenite, in crystal therapy, is often used to give tranquility and inner peace . It is also considered a true talisman for women as it is able to protect in the various cycles of life.
When worn it brings positive energy and protection and gives calm, harmony and the ability to think more clearly and actively.

From a health point of view it is instead suitable for strengthening the immune system and for strengthening bones. Among other things, it also helps you sleep well and have clarifying dreams and can show you the way when you feel confused or lost. Among other functions that should not be forgotten are that of strengthening meditation and eliminating negative energies.

Being a very delicate crystal it is important to remember that it should not be put in water as it is partially soluble. To purify it, it can therefore be exposed for a night in the light of the moon or, alternatively, placed in a box on top of a white quartz. If you want you can also do reiki to activate it at its best.